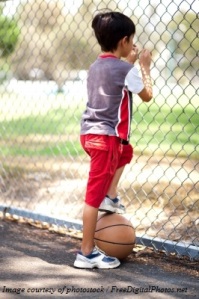 Before taking the ice, the locker room was filled with tension. There were silent tears, migraines, upset stomachs, throwing up, pale faces, wringing hands, and chest palpitations.

You would think this was the scene I observed prior to the Olympic gold-medal game, right?

No. This was the state of the locker room just before a U10 girls’ hockey tryout. U10, meaning the girls were UNDER the age of ten. Eight and nine-year-old children (and some of their parents) were as stressed out as any military recruit arriving for the first day of boot camp.

It’s hard to believe this is something caring adults create for children… on purpose. It is disheartening to acknowledge that adults have devised this system. The only hope is that enough adults will get together to stop scenes like this from happening every tryout season in every sport where elementary-aged teams are decided.

No matter the sport, conducting tryouts and creating A, B and C-leveled teams for elementary-aged children is a practice that needs to be changed.

If we, as the collective adults who run youth sports, decide that sports for kids are educational (a forth-coming blogpost), then Developmental Psychology defends the idea to cut tryouts for kids under the age of 12.

I’ll refer to the philosophy of psychologist Erik Erikson. In an article describing his philosophies, Kendra Cherry describes his theory of psychosocial development, and the fourth stage refers to children from ages six through eleven.

Cherry writes, “they strive to master new skills. Children who are encouraged and commended by parents and teachers develop a feeling of competence and belief in their skills. Those who receive little or no encouragement from parents, teachers, or peers will doubt their ability to be successful.

According to Erikson, this stage is vital in the development of self-confidence. Success leads to a sense of competence, while failure results in feelings of inferiority.”

Telling children they are “less than”  or “more than” their peers because of an A, B, or C-leveled designation can be incredibly damaging to kids.

Reinforced in the book Your Family Compass: A Parenting Guide for the Journey, author Jenny Hanlon, M. Ed., says, “It’s imperative for teachers, parents, and coaches to eliminate comparisons of children based on their abilities. There is no need to point these things out, as many children are already aware of their abilities in comparison to others. Having an adult point them out creates feelings of inferiority.”

Through tryouts, adults evaluate and decide the placement of children based on ability. The adults may understand that the kids could grow out of this placement, but the kids often do not fully understand that. Too often they start aligning themselves in other social settings based on the designation. “I’m a C kid.” or “I’m awesome, I’m an A kid. You suck…you just made the C team.”

Children who believe they are inferior during this critical stage of development struggle to gain the confidence necessary to push through to a place of competence in the skills they are attempting to achieve. I have a hunch this feeling of inferiority plays heavily into the decision for some twelve and thirteen year olds who decide they will NEVER be good enough to compete and then quit sports altogether.

Once children reach middle school ages of eleven, twelve and thirteen, they are formulating their identity outside of just competence, and they can better process where they rank along a physical skill scale.

When Left to Their Own Devices What Do Kids Do Naturally? 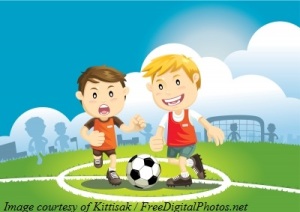 Have you ever observed a group of kids organizing a pick-up game? I know those games are more and more infrequent, but the pick-up games I’ve observed come together about the same way each time. Kids naturally level teams to be even. They don’t stack one team when they play. Instead they do quick analysis of the participants and make the teams as fair as possible. Kids want to compete, but they instinctively recognize that it is simply NO FUN if the teams are uneven.

More often than not, the argument I hear for defending “leveling” teams is that the better players are held back by less talented players so it is better if all the “good” athletes are on the same team and competing with other associations who have leveled their teams too. They ask, “What does it teach talented kids who are thrust together with less talented athletes?”  Well, all indications are that it teaches them all good things.

Looking at successful educational situations, most American schools have moved away from a fixed-leveling model and more toward a sliding rule method designed along growth potential instead. The Finnish educational system has achieved great success with this and one of the things they have adopted is a mixed classroom full of all talent levels.

Putting different levels of talent on the same team is NOT detrimental to the development of a child, and I would argue it could actually be more beneficial for the overall development of both the talented and the untalented players.

For the more talented players, I would hope it could be used as a teaching ground for humility and sportsmanship, an opportunity for positive leadership and teamwork, and a place to have fun playing a game that all the kids are LEARNING. In an ideal world, the coaches would recognize what each athlete brings to the team and help the kids recognize those strengths in each other.

We have had the unique opportunity in our house to be a part of intense tryouts for teams in a couple of the biggest sports associations in Minnesota as well as to be part of a pair of associations in Wisconsin that are small enough that tryouts are rarely necessary. Last fall, at the start of their first season in the small town, all three of my kids were literally jumping for joy that tryouts would not be happening for them. At the end of the season I asked my oldest, who is almost 14, whether he wished he had been on a team of similarly-leveled talent after tryouts or on a team with varied talent that didn’t require a tryout. He said he would choose the team that didn’t require a tryout even if the talent of the players was not all at the same “level”.

Educators have learned a lot about educating the elementary-aged child and it needs to translate onto our fields, courts and ice rinks.

Imagine for a second that your third grader had to try out for math class. Depending on the results of two tests he would either be in the class or not in the class. That’s absurd, you might say. Every child has the right to learn math. My contention is that every child who signs up for a sport has the right to learn that sport too, and it shouldn’t come at the cost of positive psychosocial development. Not to mention the resource gap between the A teams and the C teams. (I’ll save that for a future post too)

The System Would Need to Change: So How Can We Do This? 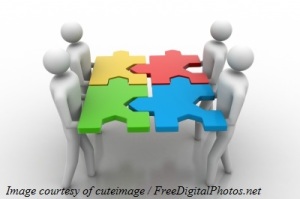 I’ll start first with some of the counter-arguments I heard while doing my research.

Argument 1: “This would be too hard to implement. It’s just easier to keep doing what we’re doing.”

True, status quo is easier. Just because this is the way we’ve always done it doesn’t mean it is the best thing for kids or for the development of athletes overall. Honestly, if you have ever been a part of the headache of tryouts, you know that it is tough enough exactly the way it is. It is just a different kind of hard to navigate making evenly competitive teams from all the talent in the association.

Of course, every association has to abide by this huge philosophical change in order for it to work. If there is a group that wants to tip the playing hand in their favor, it dismantles everything. So let’s say in an idyllic world every association does the same thing. All players under the age of 12 are placed in levels by age and then within the association the teams are put together as evenly as possible.

How would teams be chosen?

There are a couple ways to choose even teams. One way would be to pool the kids together for a number of practices at the start of the season. A committee of coaches would then work together to create even teams from the talent in each age group.

Another way to do it would be to get an idea of talent-level and then ask the kids/families to indicate friends (or carpools) with whom they would like to play. The team-deciding committee would do what they could to put two or three of the friends together, according to this request, while still making the teams even (kids perform better when they play with their friends anyway…and the families will likely have a better experience).

Choosing by coaching lottery (like a draft) would also make the teams pretty even once they are set.

An added bonus: making the teams leveled within the association helps with the overall team identity of the association at the same time. This is especially true if teams are mixed up year to year as the kids grow.

Argument 2: “High school is cut-throat and kids need to be prepared for tryouts.”

I agree. You wouldn’t want to send a kid to high school without having some experience with the stress that goes with a tryout. With this approach, there will be tryouts… when the athletes are 12 and older, and for two years before they start high school. Plenty of time to prepare for the impending stress of high school evaluation.

Argument 3: “What about commitment level? There are the REALLY competitive families who want an intense youth sports experience.”

A recent article in the Star Tribune highlights the frustration of folks who want to give their kids a chance just to try hockey but who feel it is an ALL or NOTHING endeavor. This is not unique to competitive hockey, and it really shouldn’t be this way. With different scheduling opportunities families could give their kids a chance to try a team sport.

I think more than anything, cutting tryouts will enhance a spirit of teamwork that is currently lacking in youth team sports. The current system rewards players for acquiring individual skill in the off-season so they can make a higher level team. It pits families against one another when teams are named and players have either found a way to be on the right list or have done the right things to be noticed. Working hard at being a team player, no matter the level of the teammates, is not something we are teaching kids to do.

There will be a time when the cream rises to the top and the best of the best can compete for the entertaining pleasure of the parent-fans. Twelve-year-olds are a good age to introduce this sort of competition. For the kids who are younger than that, we need to start thinking like educators and use a holistic approach to service ALL athletes better than we currently do.

Meagan Frank is the author of the Choosing to Grow series, a national speaker, athlete, coach, and mother of three. A 1997 graduate of Colorado College, Meagan was a four-year starter and senior captain on the Division I women’s soccer team and lettered in Division III women’s basketball. She has coached all levels of teams for both boys and girls ranging in age from 4-22.

You can find Meagan:

The above information is part of an ongoing book project:

Choosing to Grow For the Sport of It:  Because All Kids Matter