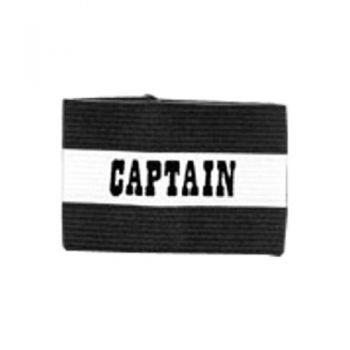 It’s an honor to be asked to wear that captain’s band. I was fortunate enough to wear a number of captain’s bands in my playing days, but today’s post is not about those who wear the band, but rather those who don’t.

When I was a junior in high school, the competitive club soccer team, for whom I had always played, dissolved because the members of my team either quit or moved to other clubs.  I was left with a decision to make.

I was a captain without a team.

My younger sister played in the same club for the team a year younger than me and she was the captain for her team too.  I was offered a spot on that team, because I was young enough to be rostered with them, but accepting that role meant I lost my center-midfield position and my captainship.

For the next two years, my younger sister wore the captain’s band, and I did not.

I had chosen loyalty to my club and to a team over selfish interests, and I have NEVER regretted that decision. That team won a number of national tournaments, competed well with the best teams in the country, and produced some of the best team soccer I have ever had the opportunity to experience.

I was the oldest one on the team, and it mattered how I acted without that captain’s band.

Leadership looks like the quiet consistent work ethic of my sister, and it looks like a clear commitment to support her by the older midfielder to her right.

I read a blogpost this morning and it laid out a number of important leadership principles.  I truly believe that these principles can be put into practice by not only the leadership in charge, but also those leaders who may not even be in positions of leadership.

Dan Rockwell produces poignant pieces, daily, about the trends and philosophies of corporate leadership in his blog: Leadership Freak. Today’s blog listed the six characteristics of a customer-centric leader.

I am going to adapt the gist of his points to apply them to teams and teammates.

A good captain (with or without the band):

1. Listens to and learns about her teammates.

3. Offers the best of herself for those around her.

4. Understands the universal needs of the group and the needs of her teammates.

A good team is a group of servant-leaders who put the goals of the group ahead of their own aspirations.

I wanted to be a part of a good team, even if that meant I had to humble myself to do it.

I tried to act like a captain even though I wasn’t one, and I challenge ALL leaders without the band to do the same thing.

Do enough people behave like captains without the band? Is it possible to lead gracefully from the shadows?