Pushing Through Sideline Emotions to Love the Children 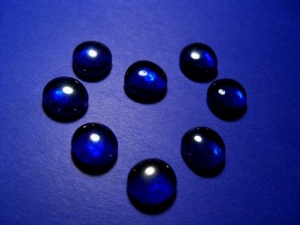 Winning feels good. Scoring goals, having a shutout, and performing well feels good. Losing hurts, as does poor performance or lack of production.  From the perspective of an athlete who has felt all of those emotions as a player, I still struggle with how to get rid of those feelings when I watch our children from the sideline. I don’t want to feel good or badly about how our kids play because I don’t think it’s the best way to parent. The only feeling I want to havefor them is love , so I have to practice processing and discarding any other emotion.

We cannot control the way we feel, and it takes a lot of practice to suppress the involuntary emotion so that it does not appear at the wrong times.

Let me tell you how I managed my emotions well this weekend… and how I did it poorly.

It was an interesting weekend in our house.  Two of our kids had tournaments.  One kid played awesome and her team won the tournament championship…the other kid is playing pretty average right now, and his team did well to get third place. What struck me most was my own struggle with emotional reactions to the parent chatter about our children.

When people would tell me, “Oh you must be so excited…she is playing so well right now” or “Congratulations, she did awesome!” I sit for a moment. Why are they congratulating me? I had nothing to do with it. I do respond, however. I don’t want to be that odd woman who turns silently and walks away, and I want to handle it in a way that reflects my parenting philosophy. I do better with positive emotions (who doesn’t) and it is relatively easy for me to respond well. I put the credit squarely on the shoulders of my hard-working kid. “Yeah, I’m so excited for her. She has worked hard this weekend.” or “Make sure to tell her that. She earned it.”

My daughter gets big hugs and smiles no matter what…I am aware that I give her the same kind of hug no matter how she has done.

I didn’t do as well with the more negative comments about her brother.  While walking out of one of my son’s games I heard this: “Skunked again huh?  He hasn’t got a goal yet? I bet that bugs him, huh?” I didn’t respond as well as I would have liked. It has been a rough year for our son, who has traditionally believed about himself that he is a goal-scoring forward.  He has been challenged to play defense for his team, and he is working hard to learn the position. He is trying to learn to add value when what he has known to offer before has been limited to offensive production.  It has been a challenge for all of us to watch him struggle to play the way he can.

So, my impatient response was, “No, he’s just ready to be done with defense.”

It’s not really what I wanted to say, and I did not give myself enough time to think it through.  What I wanted to say instead was, “He’s having fun playing, he enjoys his teammates, he works hard to protect the goalie, and I’m proud of him for trying so hard.”

I was able to compose myself enough before our ride home, and I was more positively present for our son.  I let him tell me about the game from his perspective…I listened to the ways he remembered being valuable.

“I stayed focused and didn’t sit with the girls before the game” he told me, “Did you see me kick the puck off the line? The goalie said I saved a goal.”

I had seen those things, but I had only “felt” the mistakes… the struggles.  I needed him to remind me about the privilege I have to be his parent.

I can’t help feeling the way I feel while watching our kids pour their hearts into something.  I am along with them for the experience, but I think it is really important that I don’t influence the feelings they deserve to have all on their own. My feelings are my feelings, and I never want my feelings about their performances to be the reason they feel any differently about themselves. The only feeling I want them to feel from me is love.

When we get in the habit of basking in the awesome feelings that come with positive performance, kids pick up on that…in contrast, they will absolutely know when we are disappointed or sad if their performance wasn’t good. It is a vicious cycle that works to convince kids that their worth is inextricably tied to whether they win or lose…score or not…play well or horribly.